“After the Fall, Before the Fall, During the Fall” 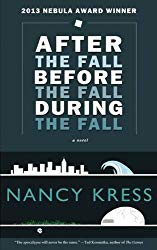 In the year 2035, all that is left of humanity lives in the Shell. No one knows why the Tesslies attacked in 2014, devastated the environment, and nearly destroyed humanity. Or why the aliens imprisoned twenty-six survivors in a sterile enclosure built on the barren remains of the Earth.

Fifteen-year-old Pete, one of only six children born in the Shell, is determined to lead humanity to a new beginning. But Pete struggles to control his anger as, one by one, the survivors sicken and die. Although the Earth appears to be slowly healing, the Shell’s inhabitants may not live long enough to see it. The only chance for humanity lies within brief time portals. Peter and the survivors hatch a desperate plan: to increase their numbers by abducting children from the past.

In the year 2013, a brilliant CIA consultant sees a pattern in seemingly unrelated kidnappings. As Julie Kahn’s predictive algorithms reveal that the world is in imminent danger, she discovers that she may also play a role in its possible rebirth.

Julie and Pete are rapidly converging in time—a chance encounter between them may be the Earth’s only hope.

It wasn’t dark, and it wasn’t light. It wasn’t anything except cold. I’m dead, Pete thought, but of course he wasn’t. Every time he thought that, all the way back to his first time when McAllister had warned him: “The transition may seem to last forever.”

Light returned, light the rosy pink of baby toes, and then Pete stood in a misty dawn. And gasped.

It was so beautiful. A calm ocean, smooth and shiny as the floor of the Shell. A beach of white sand, rising in dunes dotted with clumps of grasses. Birds wheeled overhead. Their sharp, indignant cries grew louder as one of them dove into the waves and came up with a fish. Just like that. A fresh breeze tingled Pete’s nose with salt.

This. All this. He hadn’t landed near the ocean before, although he’d seen pictures of it in one of Caity’s books. This—all destroyed by the Tesslies, gone forever.

No time for hatred, not even old hatred grown fat and ripe as soy plants on the farm. McAllister’s in­structions, repeated endlessly to all of them, echoed in Pete’s mind: “You have only ten minutes. Don’t lin­ger anywhere.”

The sand slipped under his shoes and got into the holes. He had to leave them, even though shoes were so hard to come by. Cursing, he ran clumsy and barefoot along the shoreline, his weak knee already aching and head bobbing on his spindly neck, toward the lone house emerging from the mist. The cold air seeped into his lungs and hurt them. He could see his breath.

Seven minutes remained on his wrister.

The house stood on a little rocky ridge rising from the dunes and jutting into the water. No lights in the windows. The back door was locked but McAllister had put their precious laser saw onto the wrister. (“If you lose it, I will kill you.”) Pete cut a neat, silent hole, reached in, and released the deadbolt.

Dark stairs. A night light in the hallway. A bedroom with two sleeping forms, his arm thrown over her body, the window open to the sweet night air. Another bedroom with a single bed, the blanketed figure too long, shadowy clothes all over the floor. And at the end of the hallway, a bonanza.

The baby lay on its back, eyes closed in its bald head, little pink mouth sucking away on dreams. It had thrown off its blanket to expose a band of impossibly smooth skin between the plastic diaper and tiny shirt. Pete took precious seconds to unfasten a corner of the diaper, but he was already in love with the little hairless creature and would have been devastated if it were male. It was a girl. Carefully he hoisted her out of the crib and onto his shoulder, painfully holding her with one crooked arm. She didn’t wake.

No doubt that the toddler was a girl. Glossy brown ringlets, pink pajamas printed with bunnies, a doll clutched in one chubby fist. When Pete reached for her, she woke, blinked, and shrieked.

Pete grabbed her by the hand and dragged her off the low bed. That wrenched his misshapen shoulder and he nearly screamed. The child resisted, wailing like a typhoon. The baby woke and also screamed. Footsteps pounded down the hall.

The parents pounded into the room. Pete couldn’t let go of either child. Pete shrieked louder than both of them—his only real strength was in his voice, did they but know it—the words Darlene had taught him: “Stop! I have a bomb!”

They halted just inside the bedroom door, crashing into each other. She gasped: perhaps at the situation, perhaps at Pete. He knew what he must look like to them, a deformed fifteen-year-old with bobbly head.

The father was a hero. He leaped forward. Pete staggered sideways with his burden of damp baby, but he didn’t let go of the toddler’s hand. Her father grabbed at her torso and Pete’s wrister shot a laser beam at him. The man was moving; the beam caught the side of his arm. The air sizzled with burning flesh and the father let go of his child.

But for only a few precious seconds.

Now the mother rushed forward. Pete dodged behind the low bed, nearly slipping on a pillow that had fallen to the floor. Both of them sprang again, the man’s face contorted with pain, and clutched at their children. Pete fired the laser but his hold on the child had knocked the wrister slightly sideways and he missed. Frantically he began firing, the beams hitting the wall and then Pete’s own foot. The pain was astonishing. He screamed; the children screamed; the mother screamed and lunged.

The father tore the little girl from Pete. Pete jerked out his bad arm, now in as much pain as his foot, as much pain as the man’s must be, and twined his fingers in the child’s hair. The mother slipped on a throw rug patterned with princesses and went down. But the father held on to the toddler and so did Pete, and—

All four of them went through in a blaze of noise,

of light, of stinking diapers and roasted flesh, of shoulder pain so intense that Pete had to struggle to stay conscious. He did, but not for long. Once under the Shell, he collapsed to the metal floor. The father, of course, was dead. The last thing Pete heard was both children, still wailing as if their world had ended. 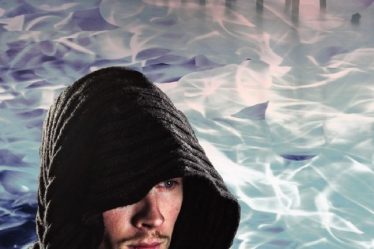 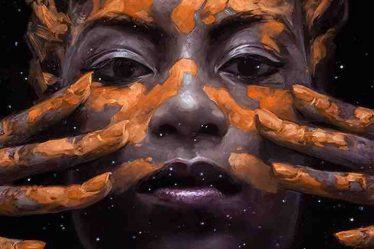 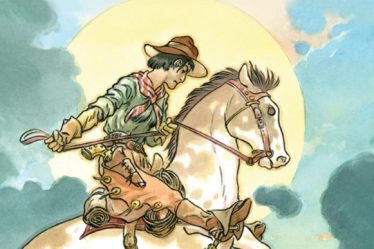